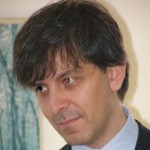 Professional background
He is an expert in management and finance on both private and public sector. He currently acts as a manager at companies operating businesses in the healthcare and environmental sustainability sector. He is chairman of P&P Patents and Technologies and Nextsense Srl, which are developing patents in the healthcare sector. He is a member of the OMS-sponsored table on adoption of best practices for the prevention and control of diseases (POPS IS-Injection Safety). He is chairman of Ecosistemi Foundation, which implements tools and strategies for sustainable development. As a Chartered Accountant, he supports liquidation commissioners during the winding up of companies. Between 2002 and 2007, he was the general financial manager of the Region of Calabria. He then held a management position in the Public Sector team of Barclays Capital until 2012, where he headed the Rome office and worked with a number of public sector entities in Italy, as well as being involved in financial transactions in other countries. He acted as a financial advisor for companies both in Italy and abroad. In the healthcare sector, he was in charge of the management of the winding up process of Don Uva Hospital. Has a been a board member of IDI FARMACEUTICI Srl (IDI Group).

Academic background
He graduated in Management and Economics at the “La Sapienza” University in Rome. He has been a Chartered Accountant since 1993 and Legal Auditor since 1999. He authored many financial and tax-related papers. 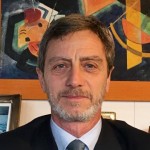 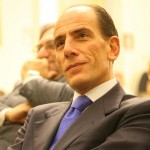 Professional background
He has been working in the healthcare sector for over 20 years, having acted as an extraordinary commissioner for the National Institute for Cancer Research (IST) in Genoa and then as a Vice Chairman of Galliera Hospital in Genoa and San Raffaele Institute in Milan. Between 200 and 2015, he was Chairmain of Bambino Gesù Children Hospital in Rome. He started his career in the healthcare sector after he held a position as an advisor to the Ministry of the Economy and Finance and as a Director General in the Region of Liguria. He has been a professor of Public Sector Accounting at the University of Genoa since 1993.

Academic background
He graduated in 1985 in Political, Economic and Administrative Sciences at the University of Genoa. He specialized in Public Sector Management and Finance.